The world of chocolate. 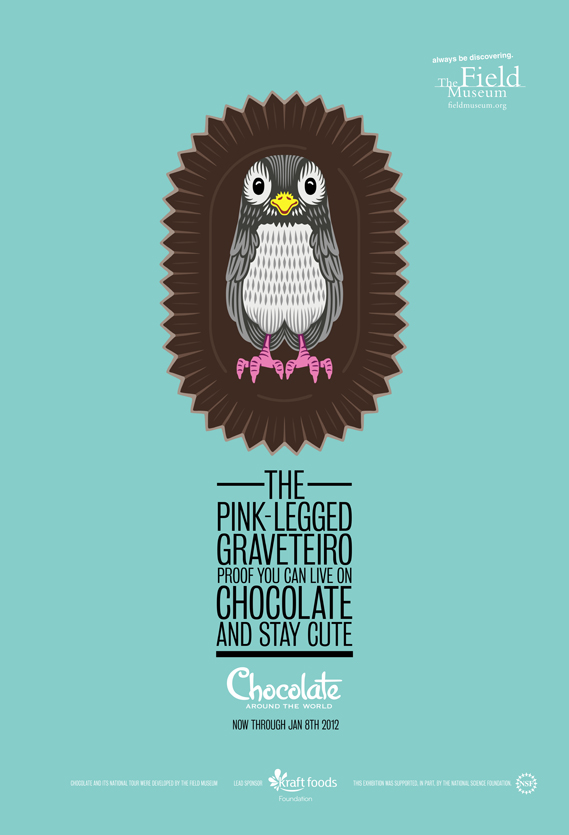 Creative director and head of art Paul Cohen worked on the campaign: Cohen had previously worked at Mother, AMV and McCann Erickson in London before joining former CHI creative director Ewan Paterson at DDB Chicago (Paterson was made chief creative officer there in May).

While in the UK, Cohen had made a name for himself as an astute commissioner of illustration, particularly for The Economist and in his own magazine, Draft. 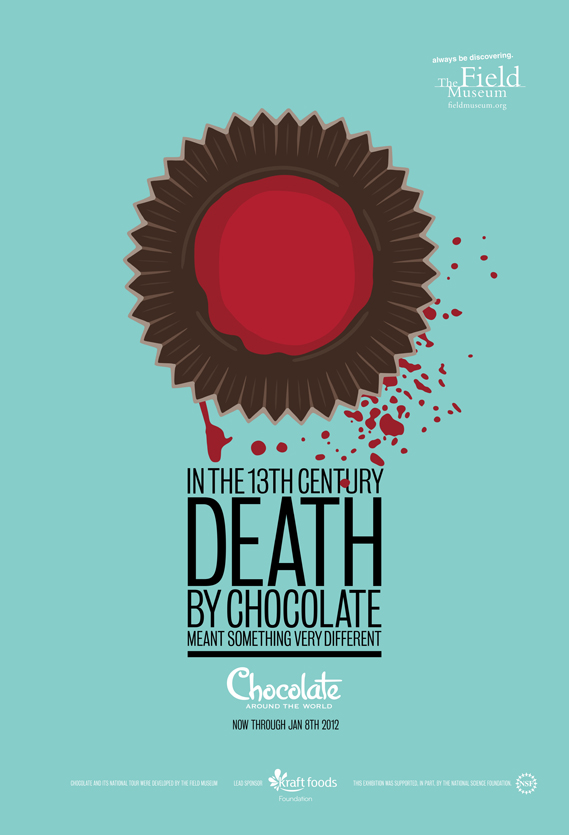 As Cohen explains, the Chicago Field Museum is somewhat similar to the Natural History Museum in London. The exhibition examines the history and use of chocolate around the world. Cohen worked with London-based illustrator Matthew Green on the posters wich will appear in press, on posters and on the L train. 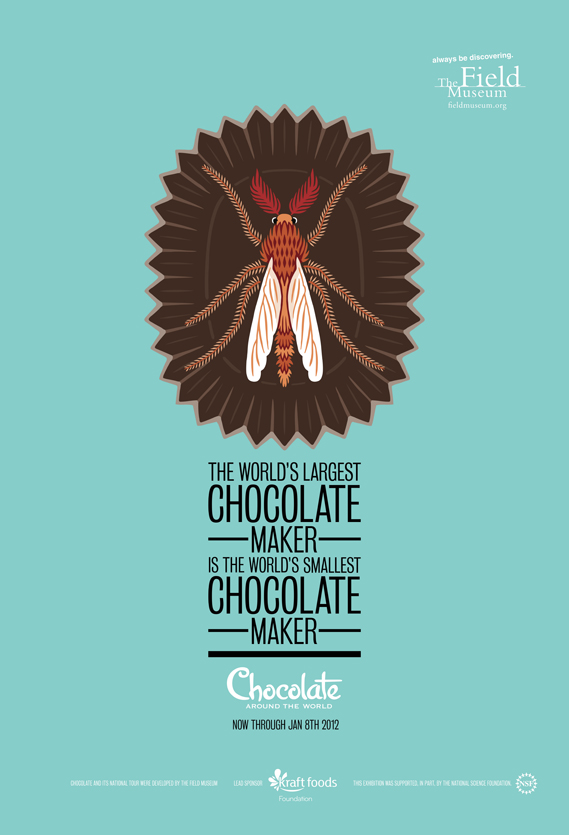