“A giant ad factory where quantity is more important than quality”: sound familiar? In an internal agency memo from 1994, the late, great David Abbott warns of the dangers of practices that have now become all too common in the ad industry…

When Abbott died earlier this year, there were many tributes to his skills as an excellent copywriter and agency leader. Yet, this memo – intended only for internal staff – shows that in 1994, he was deeply aware of the significant changes that were sweeping across the ad industry, and would change the way that creative departments were run. The memo shows how Abbott’s creative principles were inherent to AMV, and also proves sentient to the changes about to come.

The memo was given to us by Paul Cohen, now a creative director at Adam&EveDDB, but previously an art director at AMV BBDO in the mid-2000s. He was given the memo in hard copy form by Rob Oliver, a senior art director, who had kept it since 1994. “He was originally there in ’94 when it was given out,” says Cohen, “and I’m not sure but I get the impression that memos were often printed up and left on people’s desks.

“On a nerdy design level, I just really like this piece of paper which was a memo that most people would just throw away, and is considered ephemeral,” he continues. “It’s lasted 20 years, and there is a reason for that, which is that Rob cared about it, and I cared about it, and the content is what you care about. I put it in a box and after David Abbott died, my memory was jogged.”

In the 20 years since Abbott’s memo was written, much has changed in the ad industry, with many of the portents that he warns of becoming regular practice. “We’re so far past it now, there is no going back,” says Cohen, “and the saddest bit is the prevailing methods and processes in place now are the antithesis of what Abbott’s talking about here…. What he’s saying is so obvious and timeless to anyone who is engaged in a commercial creative process, and yet it’s sort of been lost.”

Here’s the Abbott memo in full: 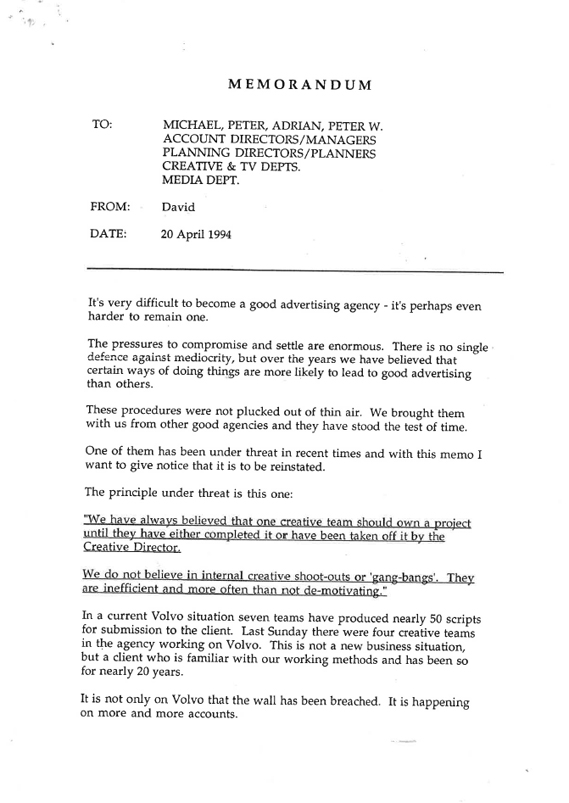 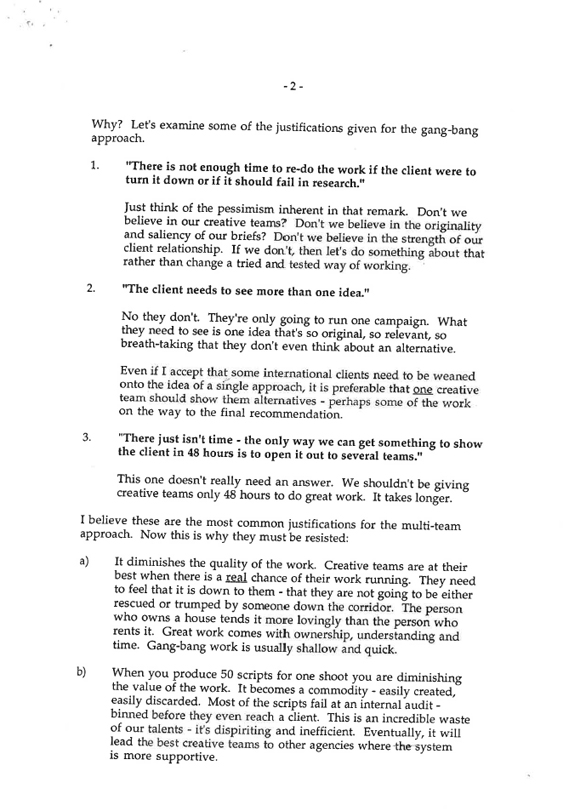 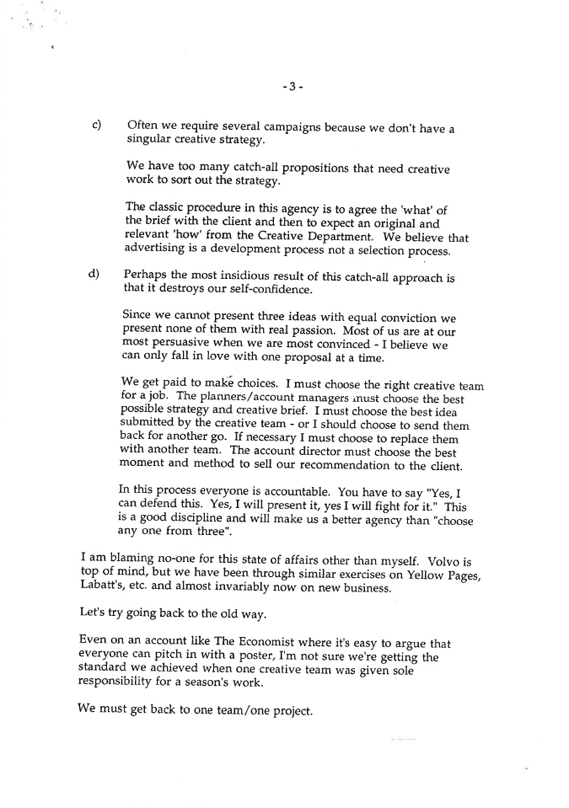 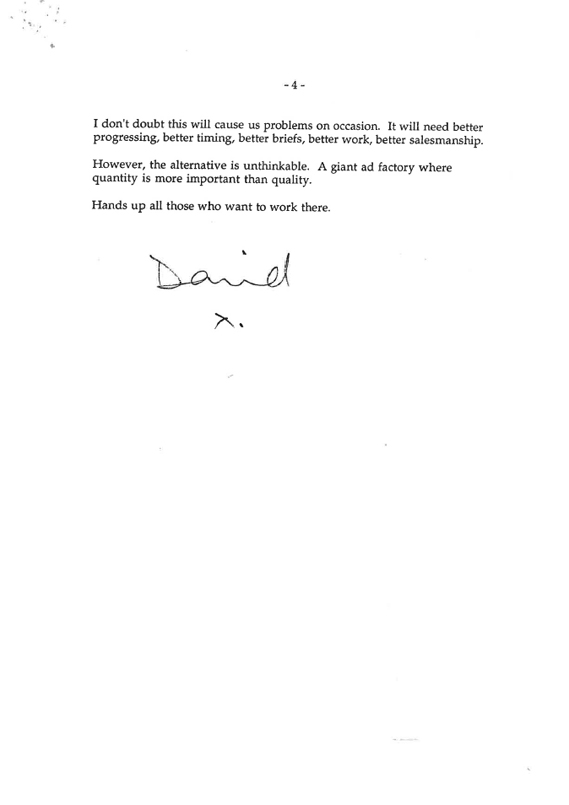